Have you planned to come to China to wander around the lands and witness the raw beauty of nature this vacation? Well, you have taken a wise decision. The country never disappoints a nature lover and it will captivate you too. Along with capturing the unfathomable beauty of endemic flowers and spending time with cute roly-poly pandas, you can take part in a safari to see snow leopards and have a one-of-a-lifetime experience.

Several touring agencies offer snow leopard safari in China. But before you choose one of the agencies, know these crucial things about snow leopards –

The pelage ground color is a uniformly light gray scattered with black rings or spots while the venter is white. Thick hair covered their body. And their wide, fur-covered feet work as natural snowshoes. These members from the cat family have powerful legs and can jump tremendously – as far as 50 feet. They have long and thick tails that they use as a blanket to envelop sensitive body parts against wind chill and snow of mountains. Being shy, they are hardly seen in the wild. The generation length of the Snow Leopard is eight years.

These animals of snow are found in high mountains generally between 3,000 and 4,500 m and sometimes as high as 5,500 m. China is the abode to the most significant snow leopard habitat in the world that spans 1,100,000 square kilometers. They prefer rugged territory with rocky protrusions where prey can be difficult to come by. This is why these animals need a vast place to roam around. Generally, male snow leopards need up to 80 square miles while female ones require up to 48 square miles. Females with her cubs typically live together. The mother gives birth in a rocky den, and its litter sizes vary from one to five cubs, but the average is 2.2.

The Snow Leopard is a carnivore and hunts its prey actively. They can kill animals three times their weight. These powerful animals prefer prey species like Himalayan Blue Sheep, Siberian Ibex, Wild Yak, Himalayan Marmot, Pika and so on in China. Interestingly, Snow Leopard also eats smaller fare, such as hares, marmots, and game birds, as well as vegetation, including grass and twigs.

The number of these big cats is in dramatic decline. They have lost a good percentage of their population in the last few years. The expansion of human settlement caused an increased conflict. Poaching has also threatened their lives. Due to illegal trades and for their body parts that are used for traditional Chinese medicine, they are often poached, and it has endangered their lives. The immense decrease in the number of prey of this animal and climate change are also contributing factors. For all these reasons Snow Leopard is listed as Vulnerable on the International Union for Conservation of Nature (IUCN) Red List.

Nowadays, concerted efforts have begun to save these big cats. A country like China is strengthening its steps against poaching. And conservation groups are working to create protected areas for these animals. For example, the Sanjiangyuan Nature Reserve of China is the home to 85 species of mammals, 237 species of birds, and 48 species of amphibians. China is taking steps to increase awareness among people about the crucial role this big cat plays in the environment.

So, what to wait for? Look for an agency that offers Snow leopard or China wild safari and book the tour today. 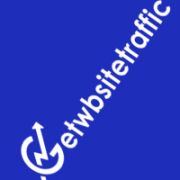 Things to Know Before Booking Your Mumbai to Goa Cruise

Important Pointers to Remember before Excelling at Snow Leopard Photography